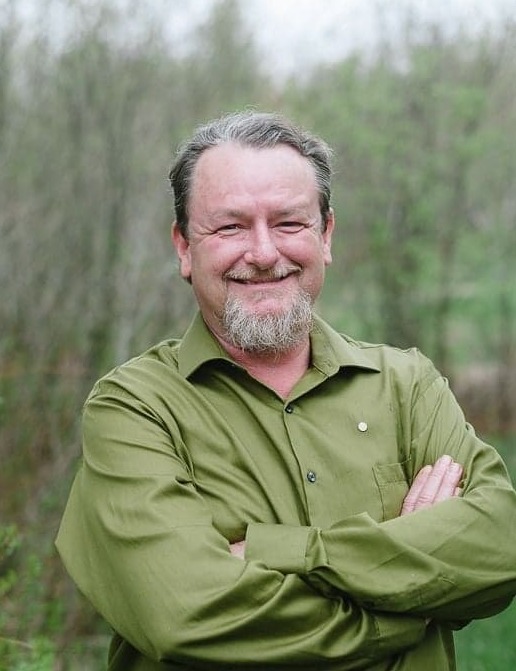 RANDLE, Barry P. Scotch Hill On Monday June 15th 2020 Barry Randle; husband, father, son, brother, friend, teacher, leader passed away suddenly. Barry will be forever remembered by his best friend and soul mate of 26 years Camille and their children Elaine (MacKenzie) and Quinn, his mother Barbara Sherriff, his sister Jackie (Marc). He is also remembered by his mother-in-law Sharon, sisters-in-law: Monique (Lars), Michele (Sean), and Charlene (Richard) and numerous aunts, uncles, nieces, nephews, cousins and friends. Barry was born June 14th 1969 in Leicester England. His sense of adventure began early, travelling with his parents and sister around Europe. This eventually led them to Canada on July 4th 1981, where they settled in St. Catharines Ontario. He graduated from Ancaster High in 1987, and then went on to receive a BA in Anthropology from McMaster University while camping out to protest the first Iraq invasion. His activism didn’t stop there as he joined Greenpeace in 1987 and was active for many years making his way to BC in the mid 90’s where he met Camille. He was a teacher, an oyster farmer, a performer, a community advocate, a restaurateur and a friend to many. In 2008, Barry and Camille packed up the kids, the cat and the dog and embarked on another adventure, driving across the country and moving their family to Nova Scotia. Together they built a successful restaurant business and Barry again became active in the community with the Clean Air Group, and clean up the Pictou mill initiative, as well as running for federal office. Barry quickly built a community that he loved and respected. He loved his piece of property and believed he was the steward not the owner, a philosophy throughout his life. He was kind, thoughtful, loving, and generous. He lived his life in a meaningful way and would have been humbled by the impact he has made. We will always feel his loss. There will be a celebration of Barry’s life at a later date. In lieu of flowers, donations can be made to your local food bank or to Trees for the Future.org.