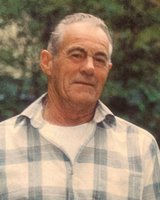 HOLT, John F. “Jack” West Branch On November 17, 2020 in the early evening John “Jack” Francis Holt passed away at the age of 83 resting peacefully at home. He is survived by his sons, Wayne (Nancy), Dale (Tracey); six grandchildren, Amanda, Darrell, Kate, Tatiana, Langdon and Samantha; four great-grandchildren, Danika, Jade, Sahara and Amelia. He is also survived by his sisters and brothers, Betty Langille, Eric (Virginia) Holt, Dianne (Bob) MacKenzie, Donnie Holt; sisters and brothers-in-law, Jean Holt, Gerald (Margaret) Jollymore, Dudley (Doris) Jollymore, Sharon (Ronnie) Heighton, Nellie (John) Rafuse, Debbie (Larry) Tattrie, Rick (Susan) Jollymore; many nieces, nephews and cousins; close friends, Gary (Carol) Johnson and Clyde (Loraine) McKenzie. Jack was predeceased by his loving wife of 61 years Barbara (Jollymore); daughter, Donna; grandson, Randy; parents, Annie and Russell Holt, mother and father-in-law, Edith and Bert Jollymore; sister-in-law, Grace; brother-in-law, Terry Jollymore; sister, Wanda Innis; brothers, Stanley Holt, Jamie Holt, Scotty Holt; brother-in-law, Donny Langille and great niece, Phoebe Tate. Jack was well known in the community that he has lived in for the last 83 years never travelling very far from the place he was born just a few miles down the road. He was a hard worker and never slackened or sat still. He was always proud of his independence. The kids said more than once “dad slow down a little you’re putting us youngins to shame”. His spot at the end of the table in the house as well as his chair in the garage where he spent endless hours tinkering and visiting with whoever popped by will forever be fond memories for the family to reminisce about in years to come. This courageous and hardworking man insisted on putting his wood up himself even this winter. He also was found digging up his well this summer to fix it. He worked hard at all he did with the help of Gary, Eric, Rick and various others who were always willing to lend a hand. In the final few weeks that dad continued to get a little weaker he spoke often of mom. I know for sure that he is happy to be back with the love of his life. They will watch over us all, mom at her end of the table and dad his. Thanks for all of the good memories dad. Dancing, horsing around, singing and harmonica playing. Forever in our hearts “one day at a time” as you taught us all ……rest in peace. Special thanks to Dr. Bush and his amazing staff, Tammy and her staff at the RJ pharmacy, the VON and his nurse “Lucy” who loved and took such good care of dad. The family will be forever grateful for the respect and grace you showed our father in this last chapter of his life. Cremation has taken place. Donations in Jack’s memory may be made to the West Branch Hall.