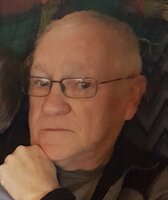 HEBERT, Wilfred D Pictou It is never easy to lose someone you love. It doesn't matter how much time we had, it would never have been enough. Wilfred David Hebert was born, and died, in Pictou, Nova Scotia. He was a man who knew what he liked and took great joy in the simple things of life, like his wife's cooking: pepper was probably his most exotic spice, his dogs: all lap dogs, no matter their size, his family: especially his kids. He was a son to Wilfred and Margaret Hebert. He was a devoted husband to wife, Florence Ann Hebert (Buchanan) for 45 years. He was a brother to Sonny, Alphonse, Sarah, Margie, Barb and Sherry; and was predeceased by sister, Donna. He was a loving father to surviving children, Terry, Ashley and Wil; predeceased by his daughter, Renee. All of the grandkids who got to call him Papa - Jade, Forest, Cullen, Leo and Sawyer - will tell you that "Papa" was the role he was made for. They were his whole world. He worked in construction most of his life, a job that he took great pride in. He was always there, a steady harbour for all life's storms. Without him we will all be lost for a while, but we will find ourselves, we will rise when we fall, because we are strong and stubborn just as he was, just as he taught us to be. The family would like to thank the VON for their wonderful care and a special thanks to his morning coffee buddy, Sonny. A private family graveside service will be held on Wednesday September 29th in Stella Maris Cemetery, with Father Peter MacDonald officiating. In lieu of flowers, donations to a charity of your choice may be made in honor of Wilfred.