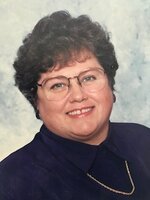 Karen Elizabeth (Bastie) McKay Halifax Surrounded by her children and loved ones, Karen Elizabeth (Bastie) McKay passed away peacefully at the QEII Health Science Centre on July 9, 2022, aged 77. Born on April 3, 1945, she was predeceased by her parents, William Charles and Margaret (Murphy) Bastie, and former husband, Fraser McKay. Karen is survived by her daughter, Elizabeth (William) Elliott of Seafoam; son, James Fraser (Tracy) of Halifax; grandchildren, Courtney, Chantal, Ben, Cailin and Alex; and great granddaughter, Harper. She is also survived by her loving siblings, sister, Corinne Scallion and brother, Gerald (Margaret Anne) Bastie. A life-long North-ender, Karen attended St. Joseph A. McKay and Halifax West High School. Following school, she began a career at the Royal Bank of Canada, Quinpool Road Branch. After the birth of her children, Karen focused her attention on raising her family. For many years she volunteered with the SJAM Home and School Association. She was known to all as an excellent amateur baker and demonstrated her creativity on a regular basis. Karen’s true passion was, however, family history and genealogical research. She became a Genealogical Record Researcher and advanced to a CG.C Certified Genealogist in 1992. She served as long-time Treasurer of the Genealogical Association of Nova Scotia and two terms as President of the Association. Karen served as Secretary and Vice-President of the Genealogical Institute of the Maritimes. She will be remembered as a most prolific author of indices and other genealogical publications. For her outstanding achievements in genealogy in the province she was awarded an Honorary Life Membership to the Genealogical Association of Nova Scotia. She served her community as treasurer of Knox Presbyterian Church (Halifax) and she regularly volunteered with Canadian Cancer Society, Diabetes Association, and The March of Dimes. The McKay Family wishes to extend their thanks and deep appreciation to the nurses and staff of VON Canada, Northwood Home Care, and the 9th floor of Abbie J. Lane Memorial Building, QEII Health Sciences Centre. A Celebration of Life will take place at St. David’s Presbyterian Church, Toney River, Nova Scotia, on July 18, 2022, at 11 a.m. A reception will follow at Toney River Community Centre. Donations in Karen's memory may be made to the Ward 5 Community Centre or a charity of your choice. www.mclarenfuneral.ca