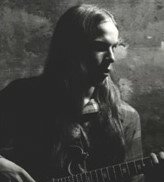 Mackay, Jonathan P. Haliburton Jonathan Porter Mackay - 43, Haliburton, passed away at home on July 29, 2022. He is survived by his mother and father, Ruth and Sandy, Lyons Brook; sisters, Erin Mackay (Isaac Thompson), Woodstock, NB; Alison Mackay (Wilf Swartz), Herring Cove, NS; brother, Alastair, Toronto, ON and grandmother, Gerry Porter, New Glasgow, NS. He was a graduate of West Pictou District High School. The Jon of childhood was vibrant and creative, his imagination knowing few limits. He was a talented artist in many media, his creations in crayon, wood and wire still adorn the walls of our home. He taught himself to play guitar, surrounded by a ludicrously talented group of friends. Mental illness is a ferocious adversary, in some cases unrelenting and we watched Jon disappear into that hateful vortex. We saw pieces chipped away, as the moments of love and laughter evaporated into paranoia, distrust and an ultimate severing of communication. We pray he has found peace. The family wish to extend our profound thanks to the first responders, especially members of the RCMP, to our friends and wider community for their ongoing support, and our immense gratitude to friends who offered love and support over the years as we tried to help Jon seek a pathway to better health. There will be no visitation or funeral as per Jon’s wishes. A private family gathering will be held later. Donations in his memory may be made to the Mental Health Foundation of Nova Scotia or Pictou United Church Spirit Glen Garden. ‘Until a quarter to ten I saw the strain creep in. He seems distracted, and I know just what is gonna happen next Before his first step he is off again’ from‘Off He Goes’ ~ Eddie Vedder