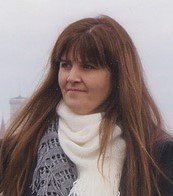 Maureen Karen O’Hearn Buchanan  -46, of Toney River, passed Saturday January 19, 2018, after a long battle with her illness.  Born in Pictou on October 7th 1972, she was the daughter of John and the late Sarah “Sadie” (Shaw) O’Hearn.  Maureen spent many years working with the Pictou Antigonish Regional Library, until she and Jason purchased Woody’s Variety; the convenience store where she had worked for several years as a teenager.  Surviving are her daughter, Kirstianna; true love and best friend, Jason Wood; her father, Johnnie O’Hearn; her three brothers, Michael (Margie) O’Hearn, Mark (Jennifer) O’Hearn, and Jamie O’Hearn; as well as many nieces, nephews and cousins.  Those close to Maureen knew she was a very considerate, kind, giving, and loving lady.  She was crafty and always loved to make unique, personal items for the people that meant the most to her.  It was Maureen’s wish not to have a service for her, as she never was one who wanted to be the center of attention. However, with her blessing her family will be holding a gathering at the Stella Maris Church Hall in Pictou on Saturday January 26th from 1-3pm.  Donations in her memory may be made to the SPCA, the Pictou West Food Bank, or a charity of your choice. www.mclarenfuneral.ca