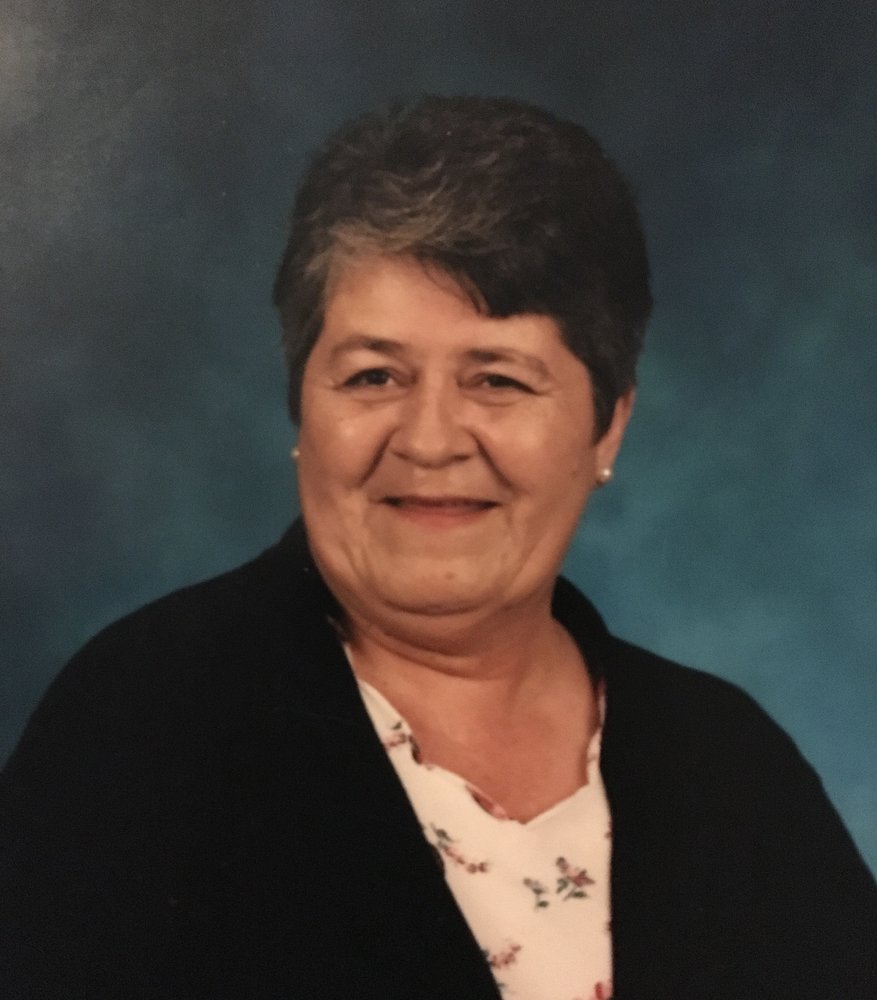 BROWN, Lorraine Marie was granted her angel wings on April 12th, 2019.  Her final days were spent surrounded by family.  She died in the Palliative Care Unit of the Aberdeen Hospital, New Glasgow.  A gentle, peaceful, and courageous passing followed a recent cancer diagnosis.  She was strong and faced death with courage.  Never once did she complain.  In true Lorraine fashion she asked how she could help someone else.

She was born on April 14th, 1944.  She lived most of her life in Church Point as a care giver and home maker.  She did various jobs such as working at Comeau Seafoods, Frankin Canning, and Freshmart.  She later moved to Caribou River with her son John and his family to be closer with her grand-children.  She loved the arcade and playing monopoly with her grand-children.  She loved to cook, play cards, and talk on the phone and recently moved to High-Crest Home, New Glasgow.  Lorraine made friends on a daily basis and cared deeply for others.  She always had a story to tell, a shoulder to cry on and an extra hand to lend you.  She was predeceased by her mother, Emma Melanson (Stuart) and her father, Alcid Landry.  She will re-unite with her grand-parents Joseph and Laura Stuart; sisters, Bernadette Townsend (Stuart), Marie Polletta (Stuart) and Cecile Terriault (Stuart); brothers, Phillip Stuart, Robert Stuart, Gus Stuart and Vincent Stuart.  Lorraine is survived by her most loving son, John Brown and the “daughter she never had,” Brandie Brown (Cameron); step-mother, Betty Landry; her sisters, Blanche Forrest (Stuart), Charlene Muise (Landry) and Shelly Surette (Landry); brothers, Arthur Stuart, John Melanson, Leo Melanson and Kevin Landry; her grandchildren, who were the absolute joy of Lorraine`s life, Penelope and Barnaby Brown; as well as many nieces, nephews and cousins that she thought the world of as well.  Special thanks to the doctors and nurses of the Aberdeen Hospital, 5th Floor and Palliative Care Unit.  Cremation has taken place.  Lorraine’s family will receive visitors from 12-2PM Tuesday, April 16th in McLaren Funeral Home, Pictou with a service to follow at 2PM with Father Peter MacDonald officiating.  Her cremated remains will be laid to rest amongst family at a private graveside service in Riverbank Cemetery.  Donations in Lorraine’s memory may be made to the Canadian Cancer Society.  www.mclarenfuneral.ca