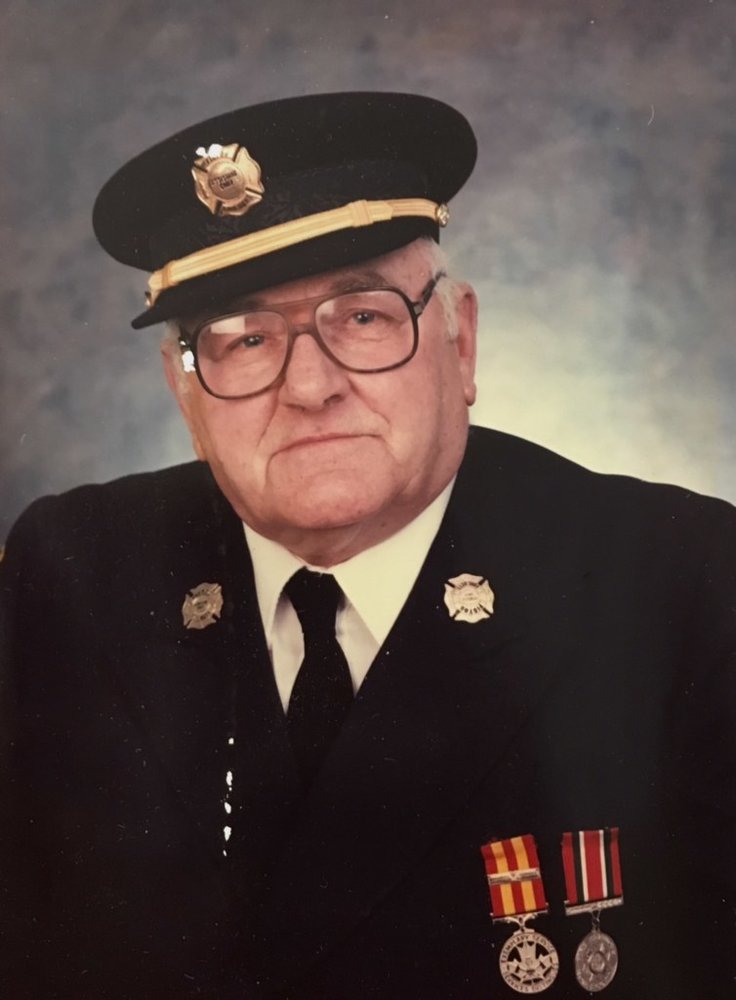 With great sorrow, we announce the passing of our father, grandfather, and hero, Harold Wilfred Hemmings, who passed away on June 8, 2019, with his family by his side.  He was born on November 19, 1925 to George and Bertha Hemmings. Harold was a war veteran and also a firefighter for many years, and upon his retirement from the department, he became an honorary member.  He was known to many as the Pictou Fire Department’s Santa.  Harold is survived by his son, Joey; daughter-in-law, Sandra; his beloved granddaughter, Shelby; his chosen one, the loch broomer, Ceanna Swan; sister, Isabel Beck; several nieces, and nephews.  He was predeceased by his wife, Doris; brother, George; sisters, Amelia, Jean, and Theresa.  We want to thank the Northumberland Veterans Unit for the care they have shown to Harold.  In lieu of flowers, donations may be made to the Northumberland Veterans Unit or The Royal Canadian Legion, Pictou.  Visitation will be held 2-4 & 6-8 PM Wednesday in McLaren Funeral Home, Pictou. Service will be held 11:00 AM Thursday from the Stella Maris Roman Catholic Church, Pictou with Father Peter MacDonald officiating. Burial to follow in Stella Maris Cemetery. www.mclarenfuneral.ca

A reception to follow burial in the church hall.