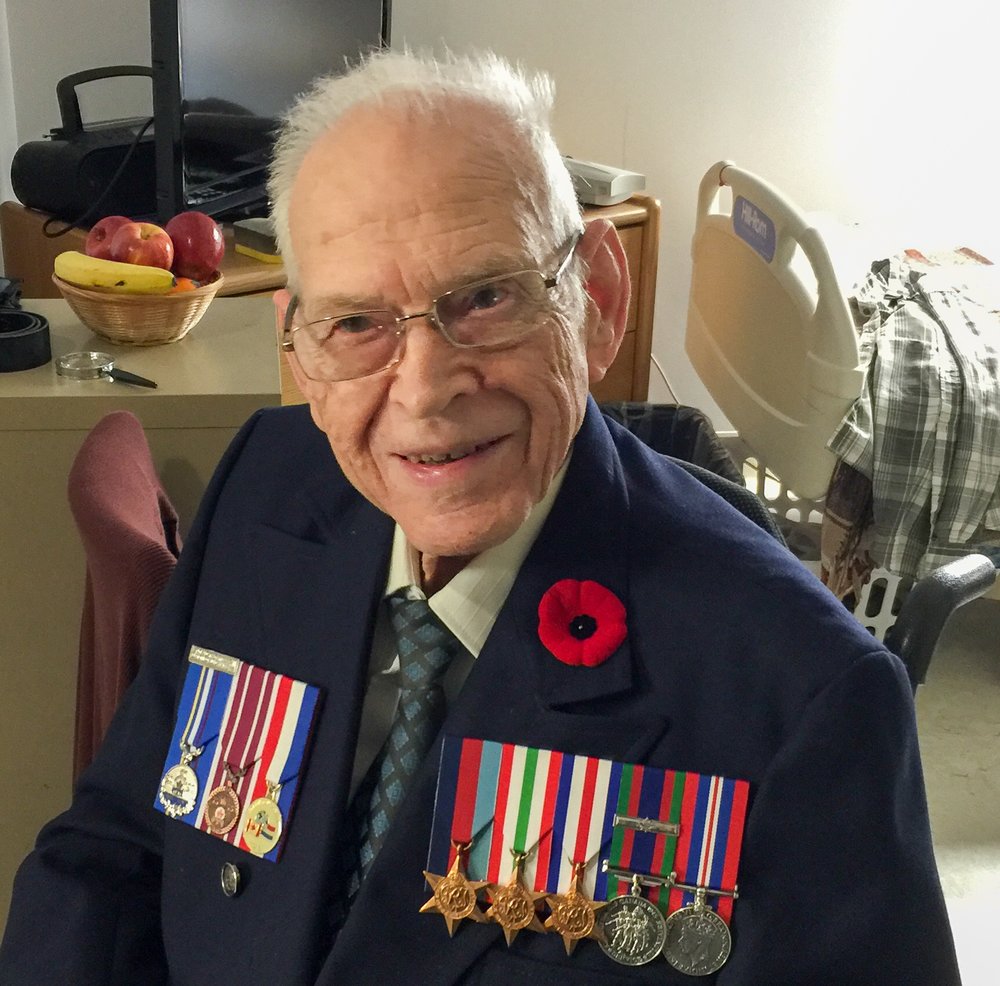 It is with deep sorrow that we announce the death of John M. Robson who passed away peacefully on June 25, 2019 at the Camp Hill Veterans Unit in Halifax, NS.  John was predeceased by his parents, Norman and Annie Jane (Cameron) Robson; his wife, Elizabeth (Fitzgerald); and sisters, Jean Magarvey and Isabel Patterson; brothers, Bill, Don and Eric.  John is survived by his son, Bill Robson (Nancy) Fall River.   John was born in French River, Nova Scotia in 1922.  He served with the Corps of RCEME (WWII) in Britain, Italy, Holland and Germany.  He was a member of the Royal Canadian Legion and a Life Member of the Pictou Lions Club.  John operated a convenience store (Johnny’s Grocery) in Pictou for 43 years.  The family would like to thank the nurses and staff of the Pictou Veterans Unit and the Camp Hill Veterans Unit in Halifax for the excellent care they provided to John during his residencies at both facilities.  John had requested there be no visitation or public service.  A graveside committal service will be held later for family members and close friends.  Donations can be made to Diabetes Canada, The War Amps or any Veterans Care Facility. www.mclarenfuneral.ca