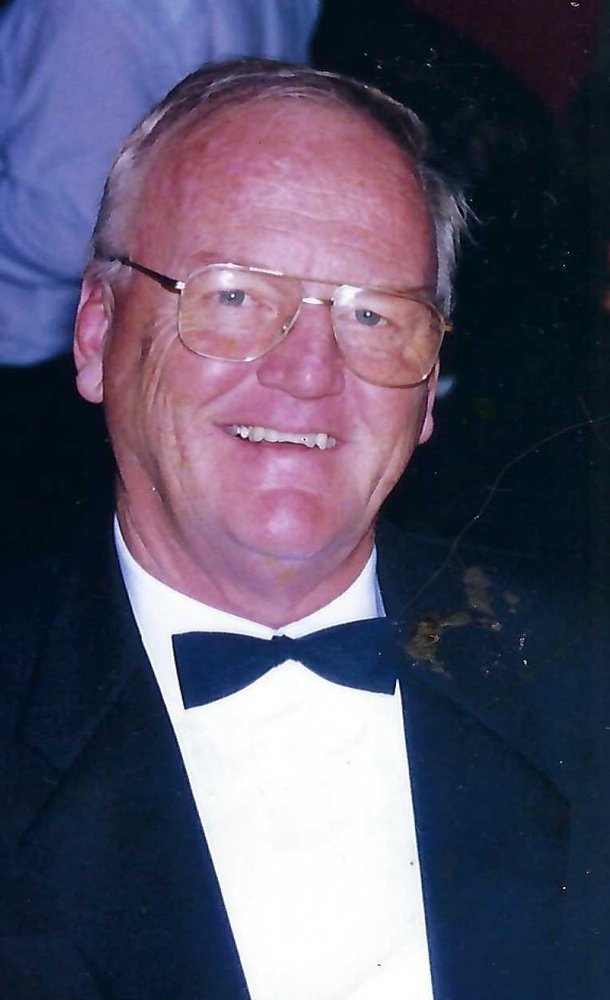 The family of Dr. Colin Dyack are saddened to announce his sudden death on September 8, 2019 at home with his beloved wife Cheryl by his side.  Colin was born on December 25, 1937, in Kakamega, Kenya, East Africa.  He spent a very happy childhood in Kenya where he especially loved being near the ocean in Malindi.  He attended The Prince of Wales School in Nairobi receiving his higher school certificate in 1954.  That September, aged 17, he began his medical studies at University of St. Andrews, Scotland, graduating in 1960.  He was an athlete and played rugby and field hockey for his university.  After graduation, he worked in England, and spent seven months as a ship’s doctor on the Chusan, a Cunard liner travelling between England and Japan.  He came to Freeport, Nova Scotia for a three month general practice locum in the summer of 1966, but stayed after being accepted into the obstetrics and gynaecology residency training program at Dalhousie University, graduating in 1969 with his fellowship.  While there, he met and married a beautiful student nurse, Cheryl, who was the love of his life.  Colin had a keen sense of adventure and practiced medicine in many places – some unusual and remote – including Moncton, NB; St John’s, NL; Riyadh in Saudi Arabia; New Glasgow, NS; Baghdad in Iraq; Lahr, Germany; Al Ain in the United Arab Emirates; Sydney, NS; and in Saipan, Northern Mariana Islands, in the Pacific Ocean.  In 2001, Colin began doing locums providing Obstetrics support in various locations in Australia and New Zealand, Inuvik, NWT; and Goose Bay, NL.  He also enjoyed taking time to learn new skills, including mid career training in microsurgery and IVF.  Family vacations were important to him and when living overseas, he and his family visited over 30 countries with favorites including, Kenya, Cyprus, Turkey, the British Virgin Islands, Hong Kong, Germany, France and Switzerland.  Colin loved to sail and made many lifelong friends in that community – particularly at the Bedford Yacht Club – including John Dobbs and Kathy Coffin, Jamie O’Hagen, and Doc.  When he finally settled down in Cheryl’s family home in Scotsburn, NS, Colin and Cheryl spent summers sailing their boat Mawingo to the Bras D’Or lakes, Nova Scotia’s north shore, Chester NS and PEI.  He was proud of achieving a Coastal Yachtmaster designation.  Highlights include successfully sailing across the English Channel in a gale and sailing across the Atlantic Ocean with friends.  He was not a gifted golfer but enjoyed the game for the friends he made.  The “Fearsome Foursome” in St John’s played through wind, rain and snow, largely because there was no choice and, later, his spring and fall “Classics” in Nova Scotia were the annual boys trips he always looked forward to.  On one occasion he won the long drive contest and jokingly let his family know about it for years to come.  It should be noted that Colin had a fantastic sense of humour and had the uncanny ability to instantly have a joke at hand for every situation.  Colin was predeceased by his parents, Wilbert and Gladys Dyack; and his sister-in-law, Shauna Robinson.  He is survived by his wife, Cheryl (Shaw); daughter, Sarah Dyack (Vladimir Kozousek); son, James (Sarah); and his five grandchildren, Catherine and Pavel Kozousek, Glen Haven, NS; and Ali, Will and Tom Dyack, Calgary, AB.  He is also survived by his extended family in England and Australia, sisters and brothers-in-law, and nieces and nephews.  There will be no service or visitation by request. A gathering of family and friends will be held on Saturday September 28 from 2-5 PM at the family home in Scotsburn.  Please come with your stories of Colin.  Family flowers only.  Any donations you may wish to make can be made to your local Youth Sailing Program or to your favorite charity.  www.mclarenfuneral.ca

Gathering of Family and Friends