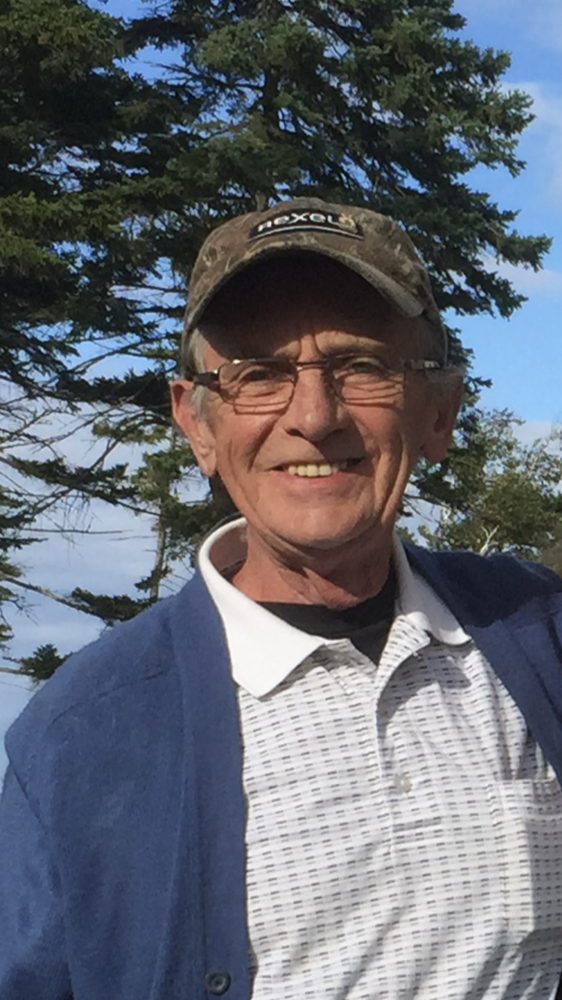 Jerry Frederick Betts – 67, passed away peacefully at the Aberdeen Hospital, New Glasgow surrounded by family.  He was a son of the late Frederick and Lois (Green) Betts.  Jerry was born in Glace Bay but lived most of his life in Pictou.  He trained as an industrial mechanic and worked at the Pictou Shipyard, Michelin, and Trenton Works.  He was a member of the Royal Canadian Legion, Branch No. 16, Pictou, where he enjoyed time playing darts and pool with his many devoted friends.  Jerry was a kind and loving uncle who enjoyed playing and sharing his hobbies – gardening, woodworking, model cars, and puzzles with the all his “kids”.  He was predeceased by a brother, Frederick, in infancy; also brother, Murray Betts; sister, Judy (Earl) Perry; and niece, Karley MacBain.  He is survived by his sisters, Kathy Betts, Sheila (Bill) MacDonald, and Marina MacAleese.  Jerry is survived by 18 nieces and nephews, who he adored, and considered his eldest nephew, Trevor Betts (with whom he shared a birthday) to be a son.  Jerry is survived by aunts and uncles, Robert and Bev Betts, Virginia and Ernest Patriquin, Floyd and Isabelle Green, and Susan and Peter Fraser.  He is also survived by his faithful companion dog, Daisy.  The family would like to express thanks to the VON, the staff of the Palliative Care Unit, and dear friends, Richie Rae and Cindy Henderson for providing such great care.  Donations in his memory may be made to the Royal Canadian Legion.  Arrangements are under the direction of McLaren Funeral Home, Pictou, where visitation will be held 6-9 PM Thursday.  Funeral Service will take place 11 AM Friday from Pictou United Church, with Rev. Mary-Beth Moriarity officiating.  Burial to follow in Seaview Cemetery.  There will be a reception following burial at the Royal Canadian Legion, Pictou.  www.mclarenfuneral.ca