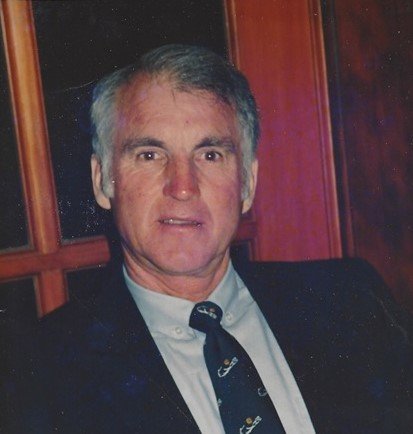 BRINE, J. Floyd - 89, died peacefully at home in Pictou on September 24th, 2019 surrounded by family.  Born June 3, 1930 in Shemogue, NB, he was a son of the late Hazen and Cora (White) Brine.  He is survived by his beloved wife, Claudette (Brun); loving father to Debbie (Gary Nowlan), Sandy (Shane Svendsen) and Garry Jardine; proud grandfather of three grandchildren, Sebastian, Sarah, Kristofer (Marianne Greene); a sister, Phyllis Melanson (late Valmont) of Cap-Pelé; two sisters-in-law, Elise (late Roy) and Edna (late Lester); many nieces, nephews.  He was predeceased by his brothers and sisters, Ruby (late Arthur), Pearl (late Eustache), Doris (late Joseph), Gertrude (late Ollie) and Ralph (Cécile).  Floyd lived an adventurous life.  He became an electrician and started his family in Cap-Pelé.  In the early sixties moved to Bermuda for a six month work contract with Universal Electric with his brothers and they quickly become know as the “Brine Boys” who would get the job done.  Twenty-six years late, returning to Canada, he became well known in Pictou as owner operator of “The Consulate Restaurant/Inn”.  Floyd will be remembered for his sense of humour and energy and storytelling.  He was devoted to his faith and a dedicated member of Stella Maris Church, Pictou.  Always available and contributing to the community, the Pictou West Food Bank and driving for the VON were amongst his favourite activities.  The family will receive condolences at the McLaren Funeral Home, Faulkand Street, Pictou.  Visiting hours Sunday, September 29th from 6 to 9 pm.   Funeral Mass will be 11am on Monday September 30th in Stella Maris Church, Pictou.  Interment will be at a later date in the Ste-Thérèse d’Avila Cemetery, Cap-Pelé.  In lieu of flowers, donations may be made to St. Vincent de Paul, the Pictou West Food Bank or a charity of your choice.   www.mclarenfuneral.ca.