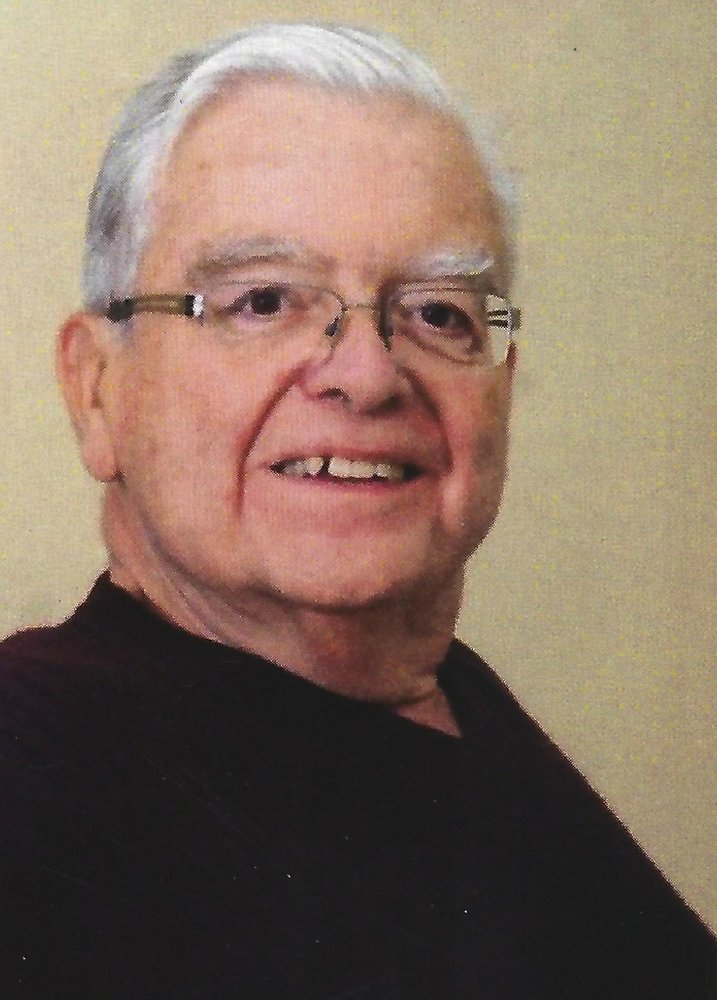 Please share a memory of Ralph to include in a keepsake book for family and friends.
View Tribute Book

With heavy hearts, the family of Ralph Douglas Ferguson, 75, of Pictou, announces his peaceful passing on January 30, 2018 surrounded by his wife and children in the Palliative Care Unit, Aberdeen Hospital.  Born in Glace Bay, Ralph was a son of the late Neil and Isabel (Morrison) Ferguson.  At 2 years old, he contracted polio and until he was 16 years old spent long stretches at hospitals in Halifax, Boston and Montreal.  He attended Morrison High School graduating in 1960, following which he obtained his B.A. from Dalhousie University.  In 1969, Ralph married his loving wife, Anne (MacFadyen), also of Glace Bay.  Best friends and true partners, they lived in Fredericton before moving to Pictou in 1974, raising three children and actively participating in the life of the community.  Ralph enjoyed music throughout his life:  he was disc jockey in high school, performed at coffee houses in university, and in 1979 co-founded a cable TV show (CMO Presents) showcasing local amateur musicians.  He enjoyed time at the family bungalow in Northside East Bay, especially the evening sing-a-longs.  Semi-retired since 1997, Ralph was branch manager at the Pictou Employment Centre and spent 30 years with Canada’s public service.  He served for 15 years as a Pictou Town Councillor, Deputy Mayor, and Acting Mayor; and on numerous committees and boards, including the board of the Sutherland Harris Memorial Hospital and Chair of Pictou School Board.  A tireless worker in the persons with disabilities community, Ralph had served as Chair of NS League for Equal Opportunities, Director and Vice Chair of Central Highlands Association of the Disabled, Chair and Executive Director of Let Abilities Work Partnership Society (LAWPS), Commissioner on the Canadian Commission on Building and Fire Codes, and Chair of the Disabled Persons Commission.  Approximately two years ago, Ralph reduced the number of organizations with which he volunteered due to the symptoms of post-polio syndrome.  Still, at the time of his death, Ralph was an active member and Trustee at Pictou United Church and Board member of LAWPS.  Ralph was honoured with many awards, including the inaugural Pictou “Citizen of the Year” from the Rotary Club (1986), a Community Service Award at the NS Legislature (1987), the Canada 125 Medal for meritorious public service (1993), the Mel Hebb Hourglass Action Award for his work within the disability community - most notably for his online newsletter giving the community a greater voice within society in Eastern Canada (2006), and the Canadian Paraplegic Association’s 65 Star Award (2010).  Ralph dearly loved his family.  Predeceased by his parents and brothers, Kenneth and infant Robert Gordon, Ralph will be sadly missed by his wife, Anne; his children, Caron (Patrick) Eagan, Dartmouth; Brent (Heather), Burlington, ON; and Annette (Jim) Whitehead, Pictou; seven grandchildren, Charlotte, Bronwyn and Colin Eagan; Gavin and Nora Ferguson; and Jacob and Bruce Whitehead; brother, Ron (Donna) Ferguson, Glace Bay; sister, Diane (Ron) MacDiarmid, Hamilton, ON; and several nieces, nephews, and cousins.  Visitation will be Friday, February 2 from 3-5 and 7-9 p.m. in McLaren Funeral Home, Pictou.  Funeral service will be held Saturday, February 3 at 11:00 am from Pictou United Church, reception to follow in the Church hall, with interment of ashes in Seaview Cemetery at a later date.  In lieu of flowers, memorial donations may be made to Pictou United Church, the VON Pictou County, or CHAD Transit.  www.mclarenfuneral.ca