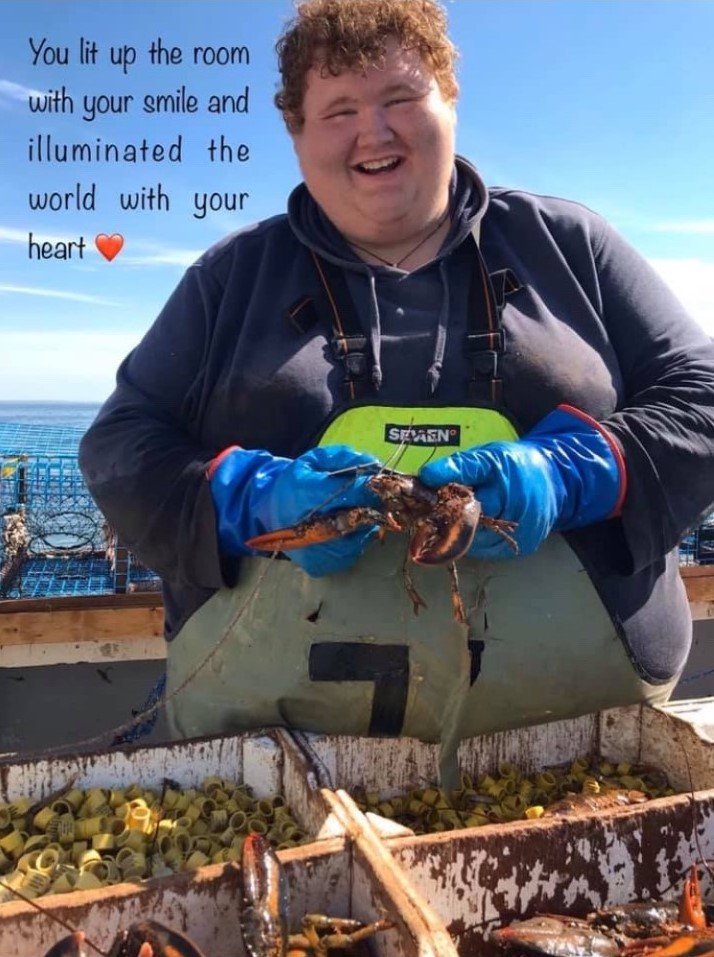 It is with heavy hearts that we announce the sudden passing of our sweet Nick.  Nicholas Dewayne Falconer -24, of Caribou River, NS passed away November 11, 2019 in Cheticamp, NS where he was working.  Born in New Glasgow on June 29, 1995.  Nick attended Scotsburn Elementary, West Pictou and then on to Northumberland Regional High where he graduated from in 2013.  He continued his education at St. FX University where he graduated from in 2018 with an interdisciplinary degree in Aqua Resources and Economics.  He was so proud to wear his X ring.  Nick's passion though, was on the water.  His love of fishing and being on his Dad’s boat with him was his dream job.  Nick also shared his family's love of the Toronto Maple Leafs.  Nick, even being so young, had found the love and respect of so many.  Commonly referred to as a friendly giant, huge teddy bear and gentle soul, his kindness, laugh, smile and storytelling will never be forgotten.  Didn’t matter who you were, Nick always thought everyone was a good fella.  Survived by his parents, Dewayne and Catherine (MacCormack) Falconer; brother and best friend, Matthew; paternal grandparents, Raymond and Betty Jean (Jollimore) Falconer; maternal grandparents, Pat and Marilyn MacCormack and Mary Lou (Kerr) and Keith Swantee; uncle, Travis and aunt, Kelly; cousins, Abby and Morgan Falconer; uncle, Tom and aunt, Renee; cousins, Steven and Ian MacCormack; as well as Nick’s countless friends of the world that meant the world to him.  His kindness was beyond measure and extended out into the big, bad world and made it better.  May we all continue to honor that legacy and make the world a better place by extending his love, compassion and kindness in his memory.  To honor Nick, the family would like to encourage everyone to dress casual, wear rubber boots and Toronto Maple Leafs hats.  Visitation will be held on Friday November 15th from 2-4 and 6-8 PM in the McLaren Funeral Home, Pictou. Funeral will take place Saturday November 16th at 11 AM from the Stella Maris Roman Catholic Church, Pictou.  Reception will follow in the Stella Maris Parish Hall. www.mclarenfuneral.ca

"After all, to the well-organized mind, death is but the next great adventure."